Traditionally a Minangkabau (Indonesia) dish, variations of rendang are now found throughout Indonesia and Malaysia. This rich and flavourful chicken rendang is simple yet delicious. Beef or mutton may be used instead, according to your preference.

'Rendang' is a traditional Minangkabau dish. Over the centuries, this dish has been adapted to local cooking cultures and is now no longer only found in Indonesia but also available in neighbouring countries like Malaysia and Singapore.

The time taken to cook rendang is much longer than cooking curries as it thrives when cooked slowly. This rendang recipe has been shared by a Malay neighbour of mine using very simple ingredients which are easily found.

Check out the comments and you will agree this is the rendang recipe that you have to try. The key to good rendang is quality ingredients besides its cooking technique. The tips are shared below:

You may use chicken breast for rendang. However, the best part for rendang would be its thigh. Feel free to substitute chicken meat with either beef or mutton, according to your preference.

We have an authentic beef rendang dish, get the recipe! The steps are explained in detail and you'll get all the tips you need for the best tasting beef rendang. 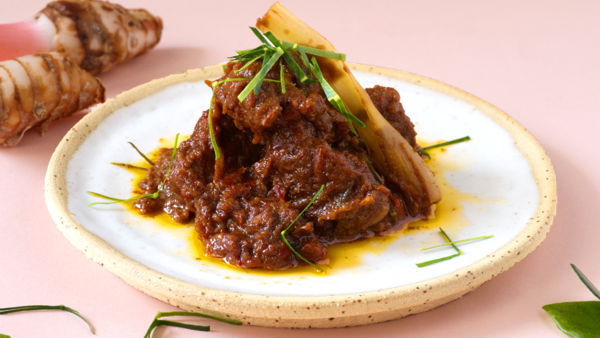 What is in rendang powder or rendang paste?

Rendang paste or powder consists of chillies, galangal, garlic, ginger, lemongrass, shallots, kerisik and sometimes other spices as well. If you want to achieve the ultimate flavours, it is best to saute the aromatics according to this sequence: lemongrass, garlic, shallots and finally, chillies. Ensure that each ingredient is sauteed until fragrant before adding the next.

Kerisik is made by dry frying grated coconut (fresh or frozen) over medium heat until it browns. It is then pounded until it releases oil and creates a paste. Using dessicated coconut as a substitute will not result in a paste. Instead, it will only be in a powder form which is absolutely acceptable too. 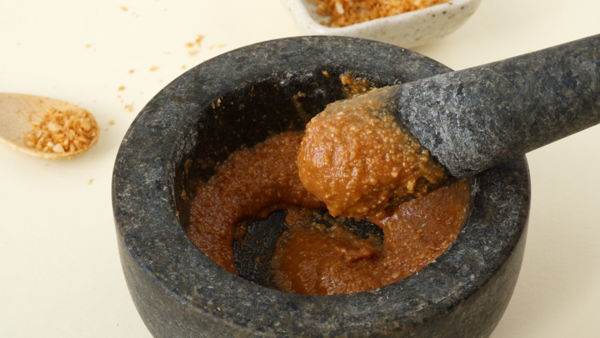 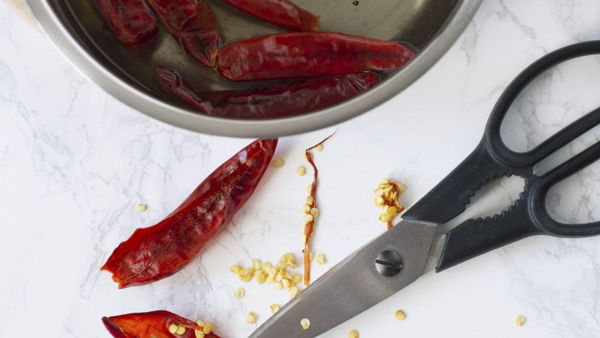 Besides that, adding coconut milk helps as well.

In the video, you would noticed that there was not much gravy in the dish. If you want the rendang with more gravy, add in some water or more coconut milk. Allow it to simmer until the desired consistency. Do note that coconut milk will reduce the spiciness and makes the appearance of the rendang much lighter.

What to serve with chicken rendang

Serve this with Nasi Lemak, the popular Malaysian dish, white rice or noodles. Other dishes which would pair well with rendang are acar awak, fish in asam curry and teh tarik.

To many, cooking rendang seems daunting and complicated. Do not be intimidated for this is a simple version. Trust me, this is delicious.

Blend dried chillies, galangal, garlic, shallots and lemongrass stalks finely. Heat up a pan with oil over medium to high heat and cook the blended ingredients until fragrant.

My neighbour told me to use turmeric leaf instead of kaffir. May give it a try.

My grandmother uses turmeric leaves in her rendang too. She had a huge turmeric plant in her garden. The leaves are added while cooking and the aroma of the dish will be fantastic. Try it out!

I have turmeric plants too. Use the young leaves ya. Stronger aroma. Going to plant galangal soon. Hahaha.